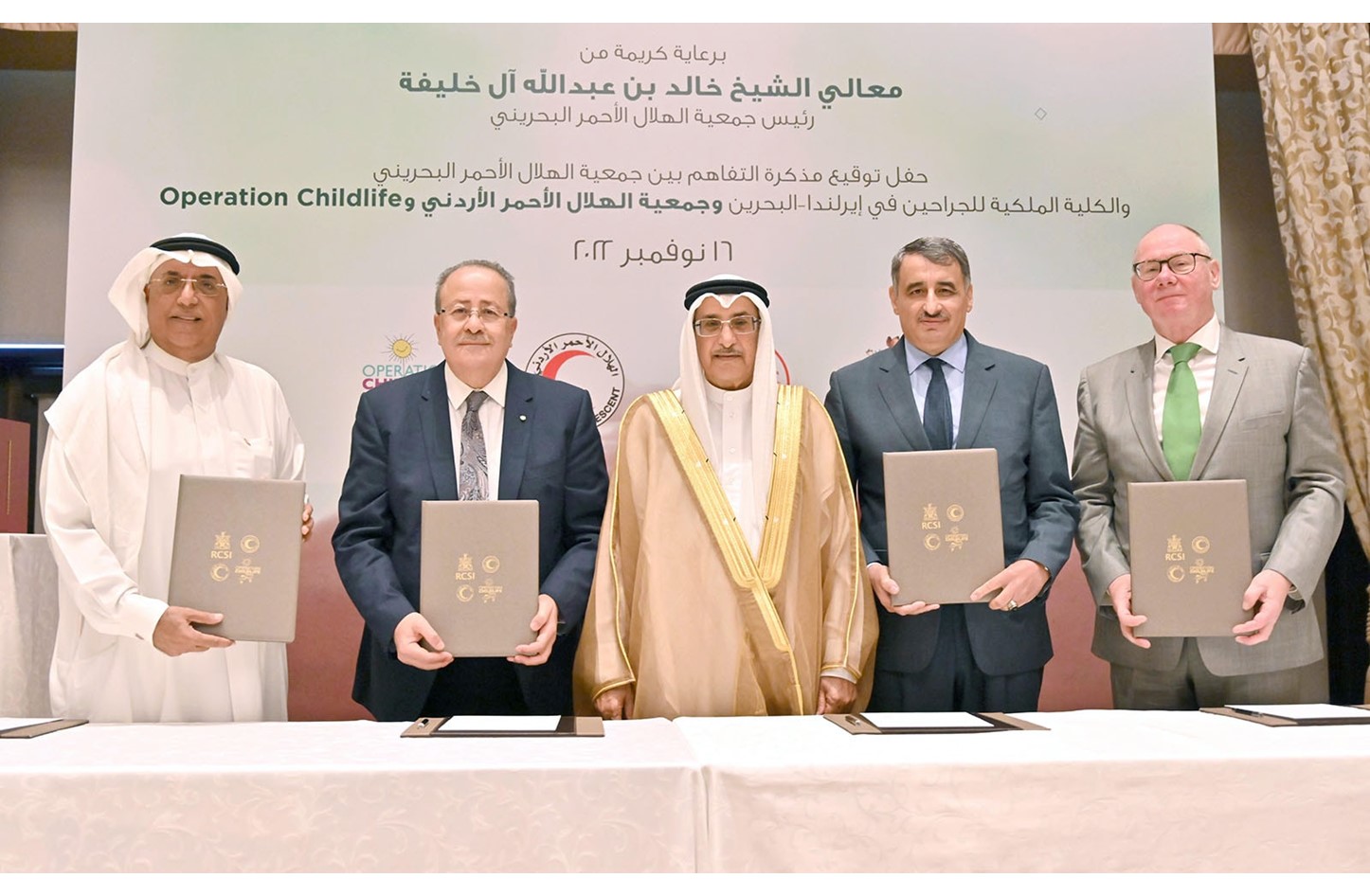 Operation Childlife has signed a Memorandum of Understanding (MOU) with the Royal College of Surgeons in Ireland – Medical University in Bahrain (RCSI Bahrain), The Bahrain Red Crescent and the Jordanian Red Crescent.

The MOU was signed at a ceremony in Bahrain under the patronage of His Excellency Shaikh Khalid bin Abdullah Al Khalifa, Deputy Prime Minister and Minister of Infrastructure, in the presence of Her Excellency Dr. Jalila bint Al-Sayed Jawad Hassan, Minister of Health, and a number of officials and invitees from various relevant authorities.

This MOU formalises plans for for Operation Childlife volunteers to visit the Red Crescent Hospital in Amman and the Za’tarai Refugee camp, host to 80,000 Syrian refugees.

The first Operation Childlife clinical visit to Jordan took place in August when one of our doctors spent a week in Amman working in the hospital and the refugee camp.

You can find out more about which cookies we are using or switch them off in settings.

This website uses cookies so that we can provide you with the best user experience possible. Cookie information is stored in your browser and performs functions such as recognising you when you return to our website and helping our team to understand which sections of the website you find most interesting and useful.

Strictly Necessary Cookie should be enabled at all times so that we can save your preferences for cookie settings.

If you disable this cookie, we will not be able to save your preferences. This means that every time you visit this website you will need to enable or disable cookies again.

This website uses Google Analytics to collect anonymous information such as the number of visitors to the site, and the most popular pages.

Please enable Strictly Necessary Cookies first so that we can save your preferences!